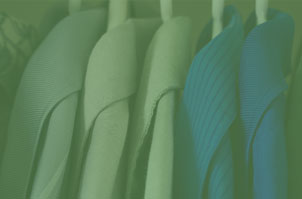 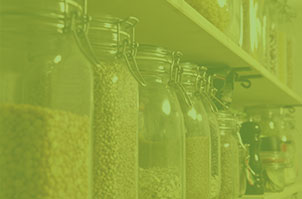 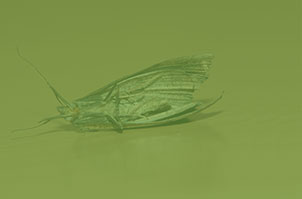 Beneficials against clothes moths – kills moths before they hatch!

Beneficials against food moths – removes moths before they can hatch!

Insecticides are remedies that very often contain synthetic poisons. These are suspected to be harmful to the health of humans and pets. Traditional natural repellents such as cedar wood or lavender bags are mostly not sufficiently effective if an infestation is already exists. Customary pheromone traps (sticky attractant traps) only attract the male moths. But the larvae essentially causes the damage. So if the fertilized females are able to lay their eggs the moth plague starts all over again. The solution: Biological and effective defense with the use of natural enemies (Trichogramma + Habrobracon).

Ecological experts all agree by now: Hands off the synthetic poisons! Because the active agents that kill moths and their larvae are highly potent and do not only harm irritating insects. Many customary moth repellents contain pyrethroides such as transfluthrin, empenthrin or vaporthirn. These are synthetical reproductions of the natural neurotoxins of the chrysanthemum plant. The USA has banned this substance for the use in households. Paradiclorbenzol (PDCB) is also considered as very problematic by experts because it is stored in the fatty tissues and can probably cause cancer. Amongst others it is recommended to use sticky traps with natural sexual attractants - the so called pheromones.

These are sticky traps that contain pheromones that only attract male moths. Female moths are not interested in these pheromone traps. The sticky traps are odor-free as well as free of insecticides and are therefore harmless for humans. However they are not a suitable substance to effectively combat moths when an infestation is already existent. Pheromone traps act slowly and start from the wrong place. This is because moths are not most harmful when fully grown but when they are larvae. Because of the rapid propagation speed of all moth species and their ability to travel up to 400 meters in a two week lifetime, the probability is very high that some of the moth population in an infested room can survive and rescue themselves to safer places. There in larval stage they can cause damage.

As spotters or scout - in other words: to identify and exactly localize the possible moth infestation - pheromone traps are on the other hand the ideal choice. Once you have found out exactly where in your cupboards and storage rooms the hot spot of the moth population is you are able to exactly move on to the next step of effective moth combatting. Pheromone traps attract - as described - on the male insects when the actual pest is still in its larval stage. The extermination of moths should therefore start directly with combatting the moth larvae - and this with the help of the so called trichogramma (ichneumon wasps).

One of the particular advantages of this way of combatting moths is that it is a purely biological method to combat pests that works completely without any other chemical or technical extras. That is why it is exceptionally suitable for the use in households. Especially in such cases where allergy sufferers, small children and pets live in a household moth combatting with trichogramma is nearly the only option. Trichogramma are useful against food as well as clothes moths. If you use trichogramma (ichneumon wasps) you defeat the pests with the weapons of nature - and in this way in the easiest and most effective way. Trichogramma are little parasites that inject their own eggs into the eggs of the moths. Once having penetrated into the moth larvae the trichogramma larvae feeds on their host and renders it harmless by doing so. Once the tricogramma larvae has hatched into the ichneumon fly she produces eggs herself that she again injects into other moth larvae. In this way the process of moth combatting carries on all by itself.

Having a body size of only 0,4 mm the trichogramma (ichneumon wasps) are very tiny and therefore able to reach moth nests in the most inaccessible corners of a cupboard that a human eye would fail to spot.

Trichogramma have over the course of evolution also developed in such a way that they can precisely find moth larvae - no matter how well they hide - because the survival of their species depends on detecting moths. Not even the most advanced chemical or technical moth combatting method can be better than the survival instinct of a species. Trichogramma (ichneumon wasps) are totally safe for humans, because they neither sting nor harm humans in any other way. Besides, once put in place to combat they are no permanent residents. But the population of trichogramma grows as long as they are able to find new moths nests and combat them. Once the trichogramma larvae have eliminated all moth larvae they have also destroyed the foundations of their existence and die themselves. So as soon as they have done away with the moth populations the trichogramm therefore also vanish. Combatting moths with the help of trichogramma (ichneumon wasps) takes round about three to six weeks depending on the intensity of the moth infestation. After that the moth population is completely wiped out.